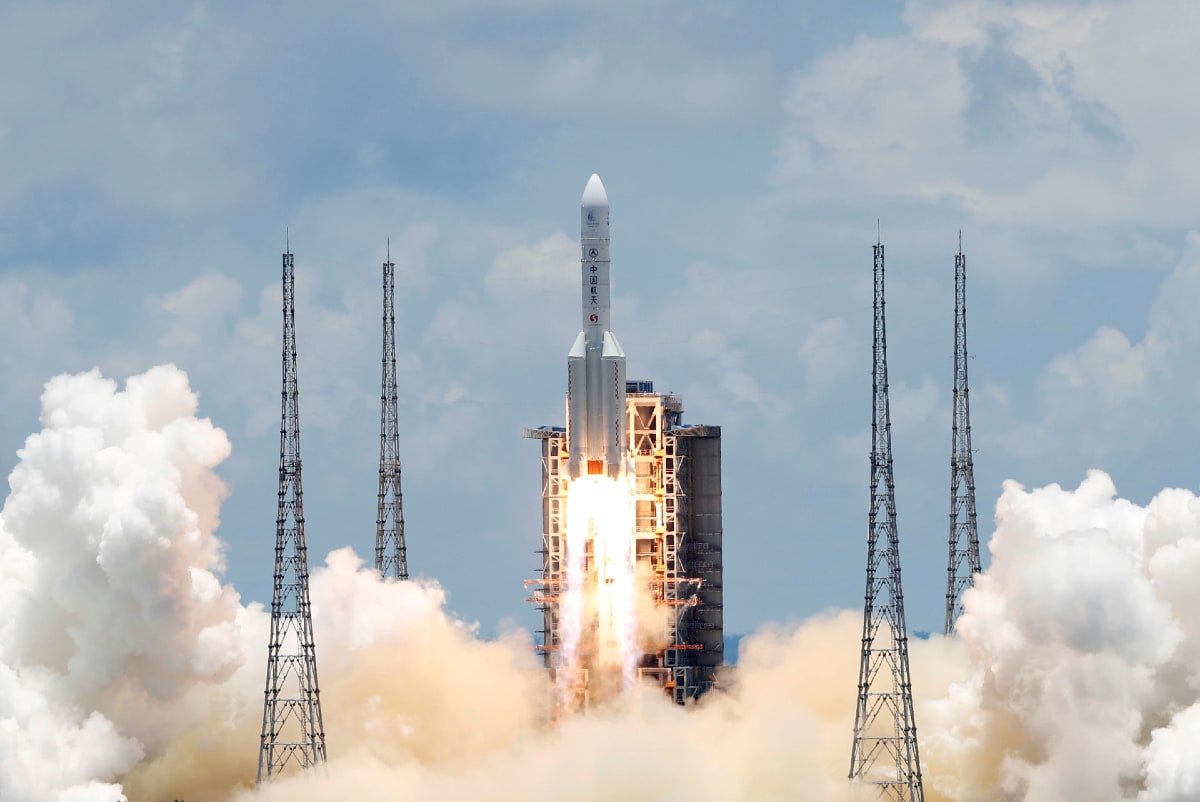 An uncrewed Chinese spacecraft successfully landed on the surface of Mars on Saturday, state news agency Xinhua reported, making China the second space-faring nation after the United States to land on the Red Planet.

The Tianwen-1 spacecraft landed on a site on a vast plain known as Utopia Planitia, “leaving a Chinese footprint on Mars for the first time,” Xinhua said.

Chinese President Xi Jinping issued a message of congratulations to all the people involved in the mission.

“You were brave enough for the challenge, pursued excellence and placed our country in the advanced ranks of planetary exploration,” he said. “Your outstanding achievement will forever be etched in the memories of the motherland and the people.”

It said the landing process consisted of “nine minutes of terror” as the module decelerates and then slowly descends.

The official landing time was 2318 GMT (0718 Beijing time), Xinhua said, citing the China National Space Administration. The rover took more than 17 minutes to unfold its solar panels and antenna and send signals to ground controllers more than 320 million kilometres away.

The rover, named Zhurong, will now survey the landing site before departing from its platform to conduct inspections. Named after a mythical Chinese god of fire, Zhurong has six scientific instruments including a high-resolution topography camera.

It will study the planet’s surface soil and atmosphere. Zhurong will also look for signs of ancient life, including any sub-surface water and ice, using a ground-penetrating radar.

Tianwen-1, or “Questions to Heaven”, after a Chinese poem written two millennia ago, is China’s first independent mission to Mars. A probe co-launched with Russia in 2011 failed to leave the Earth’s orbit.

The five-tonne spacecraft blasted off from the southern Chinese island of Hainan in July last year, launched by the powerful Long March 5 rocket.

After more than six months in transit, Tianwen-1 reached the Red Planet in February where it had been in orbit since.

If Zhurong is successfully deployed, China would be the first country to orbit, land and release a rover in its maiden mission to Mars.

Tianwen-1 was one of three that reached Mars in February, with U.S. rover Perseverance successfully touching down on Feb. 18 in a huge depression called Jezero Crater, more than 2,000 km away from Utopia Planitia.

Hope – the third spacecraft that arrived at Mars in February this year – is not designed to make a landing. Launched by the United Arab Emirates, it is currently orbiting above Mars gathering data on its weather and atmosphere.

The first successful landing ever was made by NASA’s Viking 1 in July 1976 and then by Viking 2 in September that year. A Mars probe launched by the former Soviet Union landed in December 1971, but communication was lost seconds after landing.

China is pursuing an ambitious space programme. It is testing reusable spacecraft and is also planning to establish manned lunar research station.

In a commentary published on Saturday, Xinhua said China was “not looking to compete for leadership in space” but was committed to “unveiling the secrets of the universe and contributing to humanity’s peaceful use of space.”

ABOUT US
News DNA is an India based news website portal that brings fast, authentic & reliable news for readers.
Contact us: info@newsdna.in
FOLLOW US
© News DNA
Go to mobile version